The current Czech-Syrian relations are strongly based on the positive relationship between President Zeman and Czech Ambassador Eva Filipi, who in her position significantly extends the period set for diplomats in such positions (this is usually 4 years - Filipi has been in Syria since 2010).

It will certainly be true to some extent that current Syrian-Czech relations are an extended hand of Zeman's pro-Russian policy (Assad's regime owes its salvation during the fading conflict mainly to Russia, for which Syria is a strategic point in the Middle East), his critique of Islam in various forms (Assad's regime is largely made up of members of Syrian non-Muslim minorities) and at the same, it would not be surprising if non-transparent economic ties and interests in Zeman's surroundings are behind it too. They may also be related to the fact that the Czech Republic sees great economic opportunities in the renewal and reconstruction of Syrian cities, which is only possible in cooperation with the Syrian regime.

Filipi herself has good relations with the Syrian regime. During the bloodshed during the civil war, among other things, she spoke apologetically in the regime's defense, and the Czech embassy also issued visas to various exponents of the Syrian regime. This has been criticized, among others, by various Czech politicians. However, the Czech relationship with Syria does not only have the „Zeman line“. It is an indisputable fact that Filipi is a very experienced diplomat with ties, which few in Syria have. Except for Zeman, it was also former Foreign Minister Schwarzenberg who supported Filipi in her long-term post of ambassador in Syria.

At the official level, Czech diplomacy in Syria helps countries that are not represented at the same level as the Czech Republic. This is mainly a consular activity, where the Czech Republic helped negotiate the release of Syrian prisoners from Western countries, including the USA. It is certainly important for the USA from this point of view, but at the same time it can carry out other activities for the USA (and its Middle Eastern allies) - for example, intelligence - which is understandably very difficult to confirm – so we are here just in the level of speculation.

June 2021
Some comments from this text appeared in an article on Euronews. 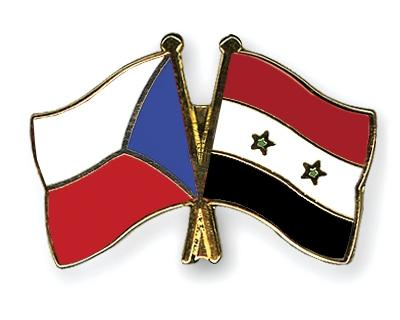