Czech Republic not to back Palestine at U.N. 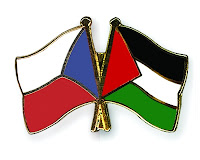 The Israeli daily Haaretz is reporting that the Czech Republic is one of five countries to have confirmed they will vote against Palestinian membership in the United Nations in September, as the Foreign Affairs Ministry refuses to tip its hand.
Quoting a senior Israeli foreign ministry source, the paper lists the Czech Republic alongside the United States, Germany, Italy and the Netherlands as countries that will back the Israeli line during voting in the UN General Assembly, a platform that Palestinian leaders hope will be a springboard to international recognition of an independent state that bypasses the stalled negotiations with the Israelis.
"We don't comment on articles from foreign media," said Vít Kolář, a Foreign Affairs Ministry spokesman, when asked to respond to the report. "The mandate for voting is not yet approved, and I cannot say what the position of the Czech Republic is."
But the writing appears to be on the wall, and few experts dispute that the Czech Republic is likely to side with Israel during voting. 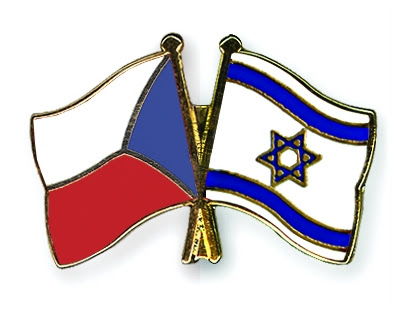 "The Czech Republic is one of the most pro-Israeli countries in the world, so this move will not be very surprising," said Marek Čejka, a Middle East reasearcher at the Institute of International Relations Prague.

"Only a few countries will vote against the Palestinian initiative," Ron Prosor, the Israeli ambassador to the United Nations, wrote in a diplomatic cable obtained by Haaretz. "The most that can be achieved is a group of states who will abstain or absent themselves during the vote."

The revelations come in the wake of a diplomatic offensive by Israel in recent months. In another set of leaked diplomatic cables published by Haaretz in June, Israeli Foreign Affairs Ministry Director General Rafael Barak writes: "The goal we have to set is to have the maximum number of countries oppose the process of having the UN recognize a Palestinian state. The Palestinian process must be referred to as a process that erodes the legitimacy of the State of Israel."
Full article here
Vystavil Marek Čejka v 16:30