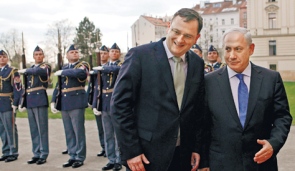 How Czech government is able to combine pro-Israeli stances and presence of neo-Fascist in the administrative of the Czech government.
Náš pan premiér Nečas navštíví 15. září t.r. v Jeruzalémě memoriál holocaustu Jad Vašem. Kdo si myslí, že by bylo vhodné premiérovi při té příležitosti připomenout, že není dobré, když v administrativě naší vlády zastává vysoké pozice kryptofašista, může napsat mail řediteli památníku Jad Vašem panu Šalevovi na adresu: media.relations@yadvashem.org.il nebo estee.yaari@yadvashem.org.il (předmět mailu: "for Mr. Shalev")
Pokud chcete inspiraci pro anglický psaný dopis:
Dear Mr Shalev,
Allow me to bring to your attention an urgent matter regarding tomorrow´s/today´s visit of the Prime Minister of the Czech Republic Mr. Petr Necas and the Minister of Education, Youth and Sports Mr Josef Dobes to Yad Vashem.
With the full consent of PM Necas, Mr Dobes has chosen to employ Mr Ladislav Batora at the Ministry of Education. Mr Batora is known for his contacts with Czech neo-Nazi community; he also contributes to neo-fascists periodic. Despite this personal profile, he was originally to be appointed Deputy Minister and later became Personnel Director at the Ministry. Due to public and political pressure, he was called off from the position in August; but has promptly been re-engaged as Deputy Director of the Minister’s Office, where he continues to work up to present.
Clearly, this has caused much stir and since his first appointment to the Ministry in spring 2011, there has been huge public discussion with many experts involved about Mr Batora’s profile and the ideas he represents. Major NGOs and political representatives in the Czech Republic have repetitively called on the government as well as the Ministry itself to re-consider this truly unfortunate engagement.
In the light of these disturbing developments, we would be very grateful if you, Mr Shalev, could raise this issue with our Prime Minister. We strongly believe that individuals like Mr Batora should not hold any public posts. Not only is their engagement in conflict with good morals, but it opens up public space to initiatives which promote nationalist, discriminatory and anti-Semitic principles. We hope that you share this view and will kindly do your utmost to prevent the above described.
Thank you for your consideration.
Yours faithfully,
....
-------------------------------------------------
Program pana premiéra Nečase v Jad Vašem 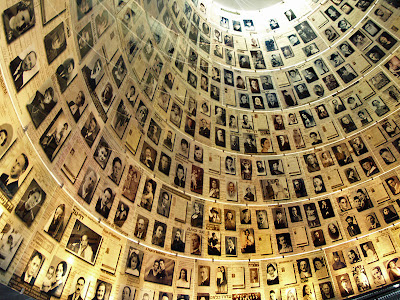