Reviews of the book "Rabbis of our Time" 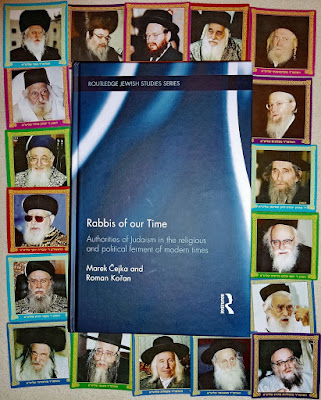 Marek Cejka and Roman Koran, Rabbis of Our Time: Authorities of Judaism in the Religious and Political Ferment of Modern Times (New York: Routledge, 2016), 232 pp.
On Amazon: $148 (hardback).

In Theodor Herzl’s programmatic book The Jewish State, the author outlines a secular entity with a separation of religion and state: “Shall we end by having a theocracy? No. Faith unites us, knowledge gives us freedom. We shall therefore prevent any theocratic tendencies from coming to the fore on the part of our priesthood. We shall keep our priests within the confines of their temples in the same way as we shall keep our professional army within the confines of their barracks” ([1946] 1988: 56).

Politics, according to this vision, must be freed from religion and ruled by knowledge, which provides freedom. Zionism established itself as a national movement led by Jews who rebelled against the prevailing Orthodox leadership following the modernization of Jewish life that began in the eighteenth century. Yet, as Zionist leaders quickly learned, the separation from religion and religious leaders was all but impossible. As a secular ideology, Zionism challenged religious authority holding the view that Jewish redemption would come about with the advent of the Messiah.

As a national ideology, religion was indispensable to Zionism as a marker of boundaries and a mobilizing force. This ambivalence toward religion could hardly be resolved, as secular nationalists would often acknowledge.

Rabbis of Our Time offers a map of contemporary Jewish religious leaders and their relationship to Zionism and the State of Israel. The book contains twenty-five full profiles (three to five pages each) and twenty-eight shorter profiles of rabbis, discussing both their religious significance and their political influence. Not accidentally, the vast majority of the rabbis chosen for profiling are Orthodox or ultra-Orthodox, an indication of the powerful position of Orthodoxy in the Israeli state and society and the marginalization of non-Orthodox rabbis, despite the significance of the Reform and Conservative movements in the United States and the important attempts to create alternative forms of Jewish identity and belonging in Israel. More attention to non-Orthodox alternatives and their position in Israeli society and politics, however, could have been important.

Nevertheless, even within the boundaries of Orthodoxy, this book describes a wide range of rabbinical figures across the different divides. Ethnically, they include Ashkenazim like Rabbis Bunim Alter and Elazar Shach, who towered over various Agudat Israel parties; as well as Sepharadim, especially the late Rabbi Ovadia Yosef, founder of the Shas political party. Politically, it includes Zionists (e.g., Rabbi Zvi Yehuda Kook, the inspirational leader of the West Bank and Gaza settlers), anti-Zionists (such as Rabbis Amram Blau and Yoel Teitelbaum), and many pragmatic ultra-Orthodox rabbis who maintained an ambivalent relationship with Zionism and the Jewish state. This ambivalence is personified in the profile of Rabbi Avrohom Yeshaya Karelitz, better known as the Chazon Ish, who, in a famous meeting with David Ben-Gurion in 1952, described Jewish Orthodoxy and Zionism, respectively, as a laden and an unladen camel (i.e., one with significant content and the other without), a metaphor he employed to underscore ultra-Orthodox demands not to be conscripted into mandatory military service.

Hasidim and ‘Litvaks’ (i.e., anti-Hasidim or Mitnagdim), rabbis who held formal bureaucratic roles and those who refrained from involvement with the state, rabbis who were prolific scholars and others who were political leaders, as well as a number of other typologies, are all included.

The overview of rabbis provided in the book is supremely relevant to contemporary political issues and demonstrates unmistakably that Orthodoxy did not and does not speak with one voice. The ultra-Orthodox rabbis generally maintain their distance from political debates, but among the Orthodox, by contrast, there is strong support for Jewish settlement of the West Bank, from spiritual leaders like Rabbi Kook to activists like Rabbi Moshe Levinger, as well as extremists like Meir Kahane, the founder of the Jewish Defense League in the United States and the Kach political party in Israel, which was banned from the Knesset because of accusations of racism.

The book also profiles moderate figures like Rabbi Michael Melchior and peace activists such as the late Rabbi Menachem Froman. Overall, this book provides an overview of numerous contemporary religious figures, references to their writings, and their engagement with contemporary questions of Jewish life and the Jewish state. Jewish Orthodoxy, as the book demonstrates, does not speak in one voice, and its interpretations of religious texts may result in widely differing political conclusions. 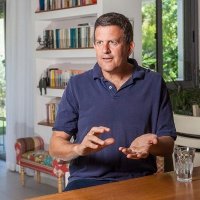 This interesting and rather distinctive book is apparently a translation of Rabíni naší doby, published in Brno in 2010. It consists of profiles of about twenty-five contemporary and modern rabbis and shorter descriptions of twenty-nine additional rabbis. The list is rather eclectic, to say the least, and the authors explain that the goal of the book is not to provide biographies but to “open a broader discussion of the relation-ship between Judaism and politics” by analyzing the religiousand political thought of a wide range of rabbis. Clearly, it is impossible to offer detailed analyses of the views of so many rabbis in one volume. However, the authors successfully combine different genres interviews, short essays, and texts to demonstrate the wide range of political views among contemporary rabbis. The reader can then turn to the bibliographies for sources that offer additional information. This book does not claim to represent every view nor does it includeevery significant rabbi. It does, however, reflect the maintrends and many minor ones. The bibliographies generally do not refer to Hebrew language publications and therefore many important studies are missed. The emphasis in the bibliographies on Czech language publications is probably not very useful for most English readers. They could have been replaced by significant English language studies that did not make it into the bibliographies. The relation between religion and politics is an important topic in many frameworks and this volume could be useful but only as a starting point. 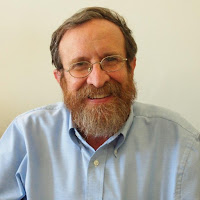