So, what did the Muslims do for the Jews?
The Jewish Chronicle Essay
By David J. Wasserstein, May 24, 2012 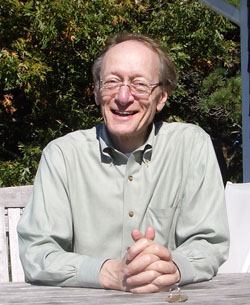 Islam saved Jewry. This is an unpopular, discomforting claim in the modern world. But it is a historical truth. The argument for it is double. First, in 570 CE, when the Prophet Mohammad was born, the Jews and Judaism were on the way to oblivion. And second, the coming of Islam saved them, providing a new context in which they not only survived, but flourished, laying foundations for subsequent Jewish cultural prosperity - also in Christendom - through the medieval period into the modern world.

By the fourth century, Christianity had become the dominant religion in the Roman empire. One aspect of this success was opposition to rival faiths, including Judaism, along with massive conversion of members of such faiths, sometimes by force, to Christianity. Much of our testimony about Jewish existence in the Roman empire from this time on consists of accounts of conversions.

Great and permanent reductions in numbers through conversion, between the fourth and the seventh centuries, brought with them a gradual but relentless whittling away of the status, rights, social and economic existence, and religious and cultural life of Jews all over the Roman empire.

A long series of enactments deprived Jewish people of their rights as citizens, prevented them from fulfilling their religious obligations, and excluded them from the society of their fellows. 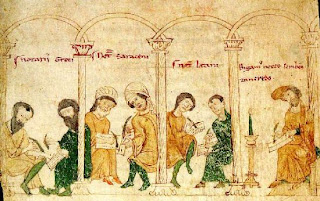 This went along with the centuries-long military and political struggle with Persia. As a tiny element in the Christian world, the Jews should not have been affected much by this broad, political issue. Yet it affected them critically, because the Persian empire at this time included Babylon - now Iraq - at the time home to the world's greatest concentration of Jews.

Here also were the greatest centres of Jewish intellectual life. The most important single work of Jewish cultural creativity in over 3,000 years, apart from the Bible itself - the Talmud - came into being in Babylon. The struggle between Persia and Byzantium, in our period, led increasingly to a separation between Jews under Byzantine, Christian rule and Jews under Persian rule.

Beyond all this, the Jews who lived under Christian rule seemed to have lost the knowledge of their own culturally specific languages - Hebrew and Aramaic - and to have taken on the use of Latin or Greek or other non-Jewish, local, languages. This in turn must have meant that they also lost access to the central literary works of Jewish culture - the Torah, Mishnah, poetry, midrash, even liturgy.

The loss of the unifying force represented by language - and of the associated literature - was a major step towards assimilation and disappearance. In these circumstances, with contact with the one place where Jewish cultural life continued to prosper - Babylon - cut off by conflict with Persia, Jewish life in the Christian world of late antiquity was not simply a pale shadow of what it had been three or four centuries earlier. It was doomed.

But this was all prevented by the rise of Islam. The Islamic conquests of the seventh century changed the world, and did so with dramatic, wide-ranging and permanent effect for the Jews.

Within a century of the death of Mohammad, in 632, Muslim armies had conquered almost the whole of the world where Jews lived, from Spain eastward across North Africa and the Middle East as far as the eastern frontier of Iran and beyond. Almost all the Jews in the world were now ruled by Islam. This new situation transformed Jewish existence. Their fortunes changed in legal, demographic, social, religious, political, geographical, economic, linguistic and cultural terms - all for the better.

First, things improved politically. Almost everywhere in Christendom where Jews had lived now formed part of the same political space as Babylon - Cordoba and Basra lay in the same political world. The old frontier between the vital centre in Babylonia and the Jews of the Mediterranean basin was swept away, forever.

Political change was partnered by change in the legal status of the Jewish population: although it is not always clear what happened during the Muslim conquests, one thing is certain. The result of the conquests was, by and large, to make the Jews second-class citizens.

This should not be misunderstood: to be a second-class citizen was a far better thing to be than not to be a citizen at all. For most of these Jews, second-class citizenship represented a major advance. In Visigothic Spain, for example, shortly before the Muslim conquest in 711, the Jews had seen their children removed from them and forcibly converted to Christianity and had themselves been enslaved.

In the developing Islamic societies of the classical and medieval periods, being a Jew meant belonging to a category defined under law, enjoying certain rights and protections, alongside various obligations. These rights and protections were not as extensive or as generous as those enjoyed by Muslims, and the obligations were greater but, for the first few centuries, the Muslims themselves were a minority, and the practical differences were not all that great.

Along with legal near-equality came social and economic equality. Jews were not confined to ghettos, either literally or in terms of economic activity. The societies of Islam were, in effect, open societies. In religious terms, too, Jews enjoyed virtually full freedom. They might not build many new synagogues - in theory - and they might not make too public their profession of their faith, but there was no really significant restriction on the practice of their religion. Along with internal legal autonomy, they also enjoyed formal representation, through leaders of their own, before the authorities of the state. Imperfect and often not quite as rosy as this might sound, it was at least the broad norm.

The political unity brought by the new Islamic world-empire did not last, but it created a vast Islamic world civilisation, similar to the older Christian civilisation that it replaced. Within this huge area, Jews lived and enjoyed broadly similar status and rights everywhere. They could move around, maintain contacts, and develop their identity as Jews. A great new expansion of trade from the ninth century onwards brought the Spanish Jews - like the Muslims - into touch with the Jews and the Muslims even of India.

A ll this was encouraged by a further, critical development. Huge numbers of people in the new world of Islam adopted the language of the Muslim Arabs. Arabic gradually became the principal language of this vast area, excluding almost all the rest: Greek and Syriac, Aramaic and Coptic and Latin all died out, replaced by Arabic. Persian, too, went into a long retreat, to reappear later heavily influenced by Arabic.

The Jews moved over to Arabic very rapidly. By the early 10th century, only 300 years after the conquests, Sa'adya Gaon was translating the Bible into Arabic. Bible translation is a massive task - it is not undertaken unless there is a need for it. By about the year 900, the Jews had largely abandoned other languages and taken on Arabic.

The change of language in its turn brought the Jews into direct contact with broader cultural developments. The result from the 10th century on was a striking pairing of two cultures. The Jews of the Islamic world developed an entirely new culture, which differed from their culture before Islam in terms of language, cultural forms, influences, and uses. Instead of being concerned primarily with religion, the new Jewish culture of the Islamic world, like that of its neighbours, mixed the religious and the secular to a high degree. The contrast, both with the past and with medieval Christian Europe, was enormous.

Like their neighbours, these Jews wrote in Arabic in part, and in a Jewish form of that language. The use of Arabic brought them close to the Arabs. But the use of a specific Jewish form of that language maintained the barriers between Jew and Muslim. The subjects that Jews wrote about, and the literary forms in which they wrote about them, were largely new ones, borrowed from the Muslims and developed in tandem with developments in Arabic Islam.

Also at this time, Hebrew was revived as a language of high literature, parallel to the use among the Muslims of a high form of Arabic for similar purposes. Along with its use for poetry and artistic prose, secular writing of all forms in Hebrew and in (Judeo-)Arabic came into being, some of it of high quality.

Much of the greatest poetry in Hebrew written since the Bible comes from this period. Sa'adya Gaon, Solomon Ibn Gabirol, Ibn Ezra (Moses and Abraham), Maimonides, Yehuda Halevi, Yehudah al-Harizi, Samuel ha-Nagid, and many more - all of these names, well known today, belong in the first rank of Jewish literary and cultural endeavour.

W here did these Jews produce all this? When did they and their neighbours achieve this symbiosis, this mode of living together? The Jews did it in a number of centres of excellence. The most outstanding of these was Islamic Spain, where there was a true Jewish Golden Age, alongside a wave of cultural achievement among the Muslim population. The Spanish case illustrates a more general pattern, too. 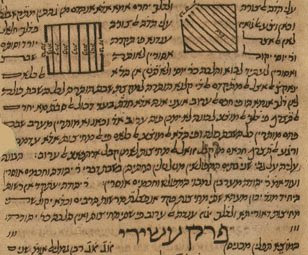 This was not coincidence, and nor was it the product of particularly enlightened liberal patronage by Muslim rulers. It was the product of a number of deeper features of these societies, social and cultural, legal and economic, linguistic and political, which together enabled and indeed encouraged the Jews of the Islamic world to create a novel sub-culture within the high civilisation of the time.

This did not last for ever; the period of culturally successful symbiosis between Jew and Arab Muslim in the middle ages came to a close by about 1300. In reality, it had reached this point even earlier, with the overall relative decline in the importance and vitality of Arabic culture, both in relation to western European cultures and in relation to other cultural forms within Islam itself; Persian and Turkish.

In the case of the Jews, however, the cultural capital thus created also served as the seed-bed of further growth elsewhere - in Christian Spain and in the Christian world more generally.

The Islamic world was not the only source of inspiration for the Jewish cultural revival that came later in Christian Europe, but it certainly was a major contributor to that development. Its significance cannot be overestimated.

David J Wasserstein is the Eugene Greener Jr Professor of Jewish Studies at Vanderbilt University. This article is adapted from last week's Jordan Lectures in Comparative Religion at the School of Oriental and African Studies.