A New Book: Rabbis of our Time

Rabbis of our Time: Authorities of Judaism in the Religious and Political Ferment of Modern Times.


The term ‘rabbi’ predominantly denotes Jewish men qualified to interpret the Torah and apply halacha, or those entrusted with the religious leadership of a Jewish community. However, the role of the rabbi has been understood differently across the Jewish world. While in Israel they control legally powerful rabbinical courts and major religious political parties, in the Jewish communities of the Diaspora this role is often limited by legal regulations of individual countries. However, the significance of past and present rabbis and their religious and political influence endures across the world. 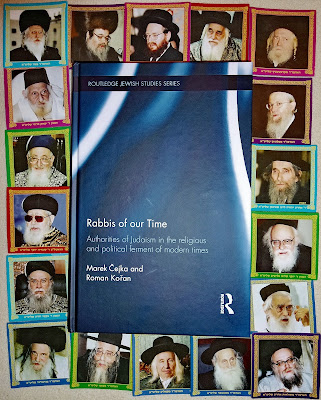 Rabbis of Our Time provides a comprehensive overview of the most influential rabbinical authorities of Judaism in the 20th and 21st Century. Through focussing on the most theologically influential rabbis of the contemporary era and examining their political impact, it opens a broader discussion of the relationship between Judaism and politics. It looks at the various centres of current Judaism and Jewish thinking, especially the State of Israel and the USA, as well as locating rabbis in various time periods. Through interviews and extracts from religious texts and books authored by rabbis, readers will discover more about a range of rabbis, from those before the formation of Israel to the most famous Chief Rabbis of Israel, as well as those who did not reach the highest state religious functions, but influenced the relation between Judaism and Israel by other means. The rabbis selected represent all major contemporary streams of Judaism, from ultra-Orthodox/Haredi to Reform and Liberal currents, and together create a broader picture of the scope of contemporary Jewish thinking in a theological and political context.

An extensive and detailed source of information on the varieties of Jewish thinking influencing contemporary Judaism and the modern State of Israel, this book is of interest to students and scholars of Jewish Studies, as well as Religion and Politics.

A useful source for those interested in contemporary Orthodox Judaism. An insight into an unknown world often deemed forbidding and inaccessible.
Yakov Rabkin, Professor of Contemporary Jewish History, University of Montreal.

Rabbis of Our Time presents informative portraits of over 50 prominent rabbinic personalities, primarily Orthodox (hence male) leaders, who have influenced the religious and political lives of modern Jews. In accessible language, the authors place each figure in his historical context and explain how he shaped the thinking and practice of fellow Jews. In the political climate of the 20th and early 21st centuries, rabbis in Israel and the Diaspora have exercised considerable influence, which makes this overview, with references provided for further reading, a distinctly helpful resource for Jews and non-Jews alike.
Yehezkel Landau, Associate Professor of Interfaith Relations, Hartford Seminary. 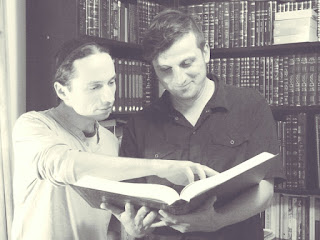 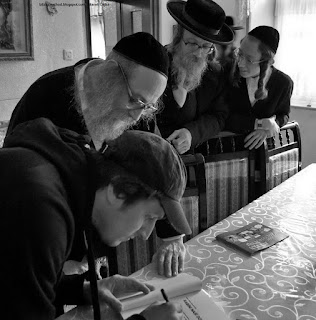 Autographing of the book in Jerusalem :)

English summary of book of "Rabbis of our Time"

authors: Marek Čejka, Roman Kořan: Rabbis of our Time – Spiritual authorities of Judaism in the political and religious events of our time

In this biographical book, which contains several dozen portraits of contemporary rabbinical authorities, you will find insights into both the contemporary generation of rabbis and earlier generations of rabbis that lived in the 20th century. The book is focused on centers of contemporary Judaism and Jewish thinking – especially the State of Israel (and Palestine before 1948) and the USA. But it also partly covers other important centers of Judaism, such as Europe before World War Two and especially Eastern Europe.

We tried to assess the rabbis in terms of many aspects (their theology, their politics, their position in Israel and in Israeli politics, their approach to Zionism) and we included rabbis who are very “positive“ but also ”controversial“. Our choice of figures to cover is subjective and it is possible that if such a book about rabbis were written by someone else, the choice would be different. When it comes to rabbis it is sometimes very difficult to unequivocally decide on all the criteria that would make a rabbi “important” or to judge all rabbis on the basis of the same criteria. Some rabbis are important because of their knowledge and publications, some are important because of their theological impact on Judaism (e.g. Rabbi Hafetz Haim, Rabbi Yoel Teitelbaum), and others are important because of their importance in politics (e.g. Rabbi Israel Meir Lau, Rabbi Michael Melchior). Some are important because of combinations of several different factors (e.g. Rabbi Avraham Kook, Rabbi Shach, Rabbi Ovadia Yosef). Plus, some rabbis are known for their extremism (e.g. Rabbi Kahane) or non-conformism (e.g. Rabbi Froman). There are also those rabbis who build their popularity through the media and especially through the media’s “superficialization“ of some aspects of Judaism, especially Kabbalah (e.g. Rabbi Berg).
Vystavil Marek Čejka v 23:44