Who are the Islamists in the Arab Spring?

Lecture at Conference "From Arab Spring to Democracy", 25. 1. 2013, The Diplomatic Academy of Vienna 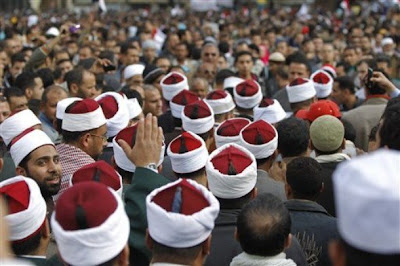 In the context of the Arab Spring the use of the term "Islamism" is very common. There is talk of replacing old and more or less authoritarian secular regimes in the Middle East, mainly in , by new political elites, often by "Islamists". Journalistic use of the term is almost excessive, and moreover, I am not always sure that journalists really always know what they are writing about. It is one of the reasons why the Western public is frightened by the term or, in better case, confused by it. After all, the Islamists are not just known as organizations and political parties which are beginning to dominate politics in the countries of the Arab Spring (Muslim Brotherhood, An-Nahda,...), but they are also known as radical followers of Al-Qaeda, various offshoots of Islamic Jihad, the Palestinian Hamas, the Lebanese Hezbollah, the Afghan Taliban, etc. Using the same term for these entities must necessarily negatively affect the public's view on what is happening in the Middle East and especially the consequences of the Arab Spring. It is well known that after the Arab Spring Islamists started to participate in mainstream politics, were successful in elections, and eventually won the battle for the presidency in some countries...

In my opinion, the whole concept of using the term "Islamism" in the general discourse is very vague and often confusing. It is trying to evoke a seemingly clear and unequivocal understanding of a concept which is in fact  very general - and also, in its generality and the different streams and concepts which represent it, it also has great internal dynamics. After all, even the Islamists of the period before the Arab Spring, who often worked in hiding, or at least in opposition to the ruling regime, do not have to always be the same as the Islamists who are represented in the parliaments and government coalitions in some Arab countries today, even if the two groups still carry the same name. The dynamics and ambiguity of the term “Islamism” are the most strikingly demonstrable on the dynamics and the ambiguity of the most famous formation of the Arab Spring: the Muslim Brotherhood in Egypt. Since 1928, when it was founded, it has undergone a number of developmental stages, radicalizations and moderations:

- The Muslim Brotherhood was established as a charitable and non-political organization and as an  alternative to the dysfunctional social system in .

- Soon the Brotherhood started to be sharply politicized and radicalized because it had great popularity, and the regime started to be worried by it. The Brotherhood began to see itself as a political alternative and even began to organize assassinations of top officials of the State - that resulted in repressions against the Brotherhood and the departure of a number of its members into exile.

- Under President Nasser, after the overthrow of the Egyptian monarchy, there was a brief truce between the Brotherhood and the state, which was followed by another wave of repression and radicalization of the Brotherhood.


- Under President Sadat a gradual loosening of the repressions against the Brotherhood began, and this led to the secession of the radicals. The loosening continued under Mubarak, and during this time the Brotherhood started to be semi-legal. Nevertheless, it was able to maintain a certain aura of martyrdom and the opposition, which, coupled with the political apparatus which the Brothers were able to establish, proved to be a great advantage for it in the time of the Arab Spring. 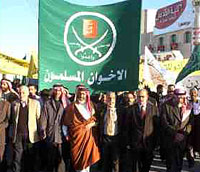 In the context of contemporary world events and attempts at finding parallels between Islam and political radicalism, the term "Islamism" is even more vague than, for example, the term "Christian politics." After all, “protecting Christian values ​​through politics" could also have various colors, although it is largely known in the minds of Westerners as something at least "relatively constructive" in the sense of the Christian-democratic parties. Today, it is also not remembered so much that the Christian politics is not just Christian democracy but also its militant forms (the clerical fascism of Ustasha in Croatia during the Second World War, the conflict in Northern Ireland, Joseph Kony's "God's Army", etc.).

The very understanding of the term "Islamism" and its definition are very ambiguous, and thus the public in the West, the experts and the  Muslims themselves could all have different understandings of it. For the Western public the concept of “Islamism” has a mostly negative coloring. But the experts warn that the term is so complex and ambiguous that it is difficult for the public to correctly understand it. And Muslims often do not understand the concept the way we understand it at all, since the term "Islamism" is not a traditional Arabic term like, for example, the terms in the Qur'an, but a Western neologism. I do not want to attempt to create another definition of it. Yet I would like to try to point out at least two points which are found in many different definitions of Islamism: "the Islamic revivalism" and "politicization of Islam". But both of these terms could be conceived very differently and each could also have a different internal gradation:

- Revivalism of Islamic values: this means an "Islamic Reformation" with a similar logic to that which was seen in Christianity - a return to the true/original values ​​and to the purity of Islam. It can, of course, be interpreted in different ways - it can range from a literal to a symbolic return to the Islamic roots. In this revivalism, emphasis could be placed on strengthening the role of Shari'a law and on Muslim unity (i.e. the renewal of the spiritual and political unity of Muslims with the Caliphate as the ideal political system). Often the revivalism could be seen as purifying Islam of the various "sediments" which are considered to be alien and not originally Islamic - such as Sufism and Sufi rituals (hadra, zikr), or cults of saints and pilgrimages to their tombs. But relationship between Sufism and Islamism today is not so clear - even when some Islamist movements clearly reject Sufis, the other Islamist groups could have a mingling of Sufism and revivalism. For example, the Brotherhood's founder Hassan al-Banna was a Sufi. 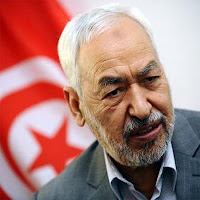 - Perception of Islamism as a political project (political action) in the sense of the modern understanding of politics (to put it more simply, "political Islam", "politicized Islam", or "Islam as a political ideology," which can, for example, be promoted by Islamic political parties): This does not simply mean an "Islamic government" – Islamic governments existed from the very beginning of Islam with the existence of the Caliphate. It is rather a modern Islamic revival associated with politics – and it can include both parliamentary politics, on the one hand, and radicalism and terror, on the other. As was mentioned by the main spiritual leader of the Tunisian Islamists Rashid Ghannoushi, who returned to from his exile of many years after the fall of Bin Ali, "Islam (in ) is ancient, but the Islamist movement, I mean the action to renew the comprehension of Islam. I also mean the action which began at the end of the 70´s and which calls for a return to the sources of Islam, far from the inherited myths and fixation on traditions."

The search for other unifying characteristics of "Islamism" could continue and perhaps other additional common points of various definitions of the term could also be found. Here are two examples:

- Islamism is a defensive reaction to Western influence.

- Islamism is a response to "decadent" influences in Muslim societies - to nationalism, to ethnic, tribal, and political fragmentation, etc.).

But as I mentioned, I do not want to attempt to create another definition of Islamism, which would also be imperfect, like all the previous ones. It should also be clarified that the Islamic understanding of politics is very different from the Western concept. In the West there is a relatively clear separation between state and religion (even in cases where there is no overt separation of church and state). However, in traditional Muslim society, as in traditional Jewish society, there is no separation of secular and spiritual power – they  are intertwined into one. Due to the fragmentation of the Muslim world this was often an ideal situation rather than the real situation, but at the time of the Caliphate the unity existed and it is still an inspiration for today's followers of Islamism.

The followers of Islamism have in some respects a great advantage over other political forces – they do not need to define and adapt their political program. This is because everything (including the rules for politics) is in the Quran, the Hadith and other sacred texts. Also, "Islam is the solution" is a very popular slogan among Islamists. Of course, the situation is not as simple as it seems, because the interpretation of the Quran itself is not done not by Allah himself, but just by people – and the interpretations of various Islamist movements may be very different.

The term "Islamism" also does not reflect in any way how the mentioned values, the commitment to unity, etc. should be achieved. The spectrum is very wide: from participation in politics - e.g. through participation in elections and respecting the constitutionalism streaming from a secular constitution (but for the fundamentalist Muslims the only binding constitution is the Quran) and political competition – through the rejection of democracy as a means of promoting Islamic values ​​to radical anti-system activities which may be associated with the use of violence and terrorism. So if someone still persists in using the term "Islamism", he should make it at least slightly more accurate by using the terms "moderate Islamism" and "radical Islamism."

If we follow the blending of Islam and politics in the – not only during the Arab Spring, but during the past few decades, we can trace several different types of perception of Islamism:
(slide)
Particularly interesting is the last group - the so-called "apolitical Islamists" - which could actually be a contradictory term, because it is believed that one of the main elements of Islamism is at least some effort toward political action. As was already noted, many followers and leaders of Islamism came from apolitical Islamic movements. But those personalities went through intellectual developments and shifts. From this perspective, it is interesting to see the recent development of the attitudes of the Egyptian Salafists, who went directly from having apolitical attitudes before the Arab Spring to political participation. Their success and popularity in post-Mubarak are not as surprising as they might seem at first glance, though. The Mubarak regime supported the Salafists as competitors of the much stronger Muslim Brotherhood (using a "divide and conquer" strategy).

We could spend a lot of time developing our reflections on Islamism in the Arab Spring, but to close my speech, I really hope that I managed to at least indicate the complexity and pitfalls of using the term "Islamism", not only in the context of the Arab Spring. I believe that the blending of political and religious events in the should no longer be characterized by simplistic and vague concepts, and that it should be accepted or criticized in all of its complexity.